From the onset of the current pandemic, we’ve witnessed a surge in the offer of the most diverse contraptions claiming to be able to free your living or working quarters from the deadly virus. Most come in the shape of more or less high-tech-looking electric fans to which some kind of filtration has been applied. With HEFLOMI, an acronym for “Health Flow by Missaglia”, Italy’s top specialist in furnishings for hospitals and long term care facilities, the company started promoting a culture of air-quality, with a surprisingly inconspicuous and low-tech-looking solution, long before the outbreak of the disease. Incidentally, it also happens to be effective against Covid. 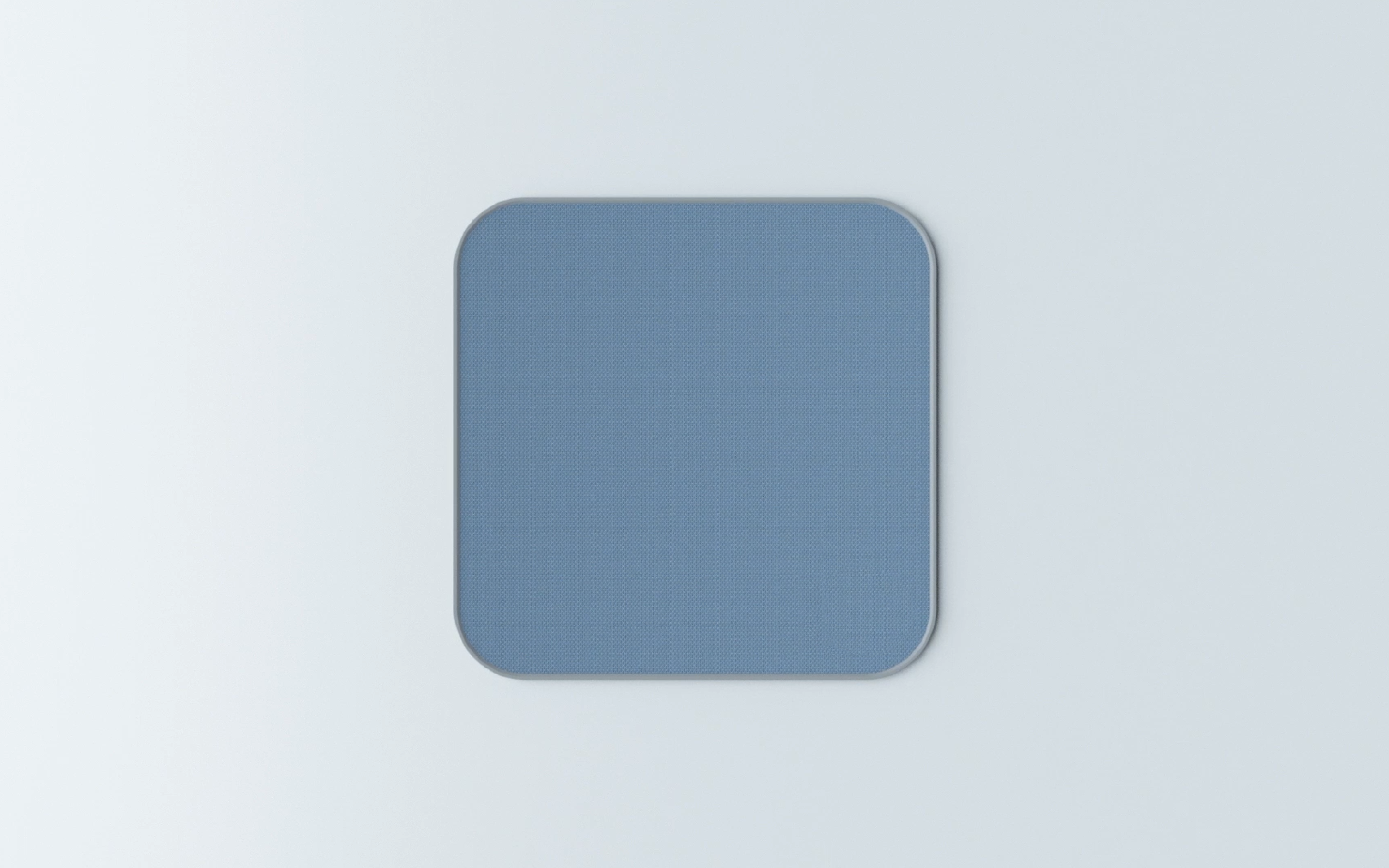 The most astonishing thing about Heflomi is that is doesn’t need to be powered by batteries nor being connected to the mains: it works by quietly sitting in a room, or better, “hanging” on the wall, as the specially conceived fabric it’s made of inexorably captures and destroys most pollutants, bacteria and viruses that might be looming in the ambient air. 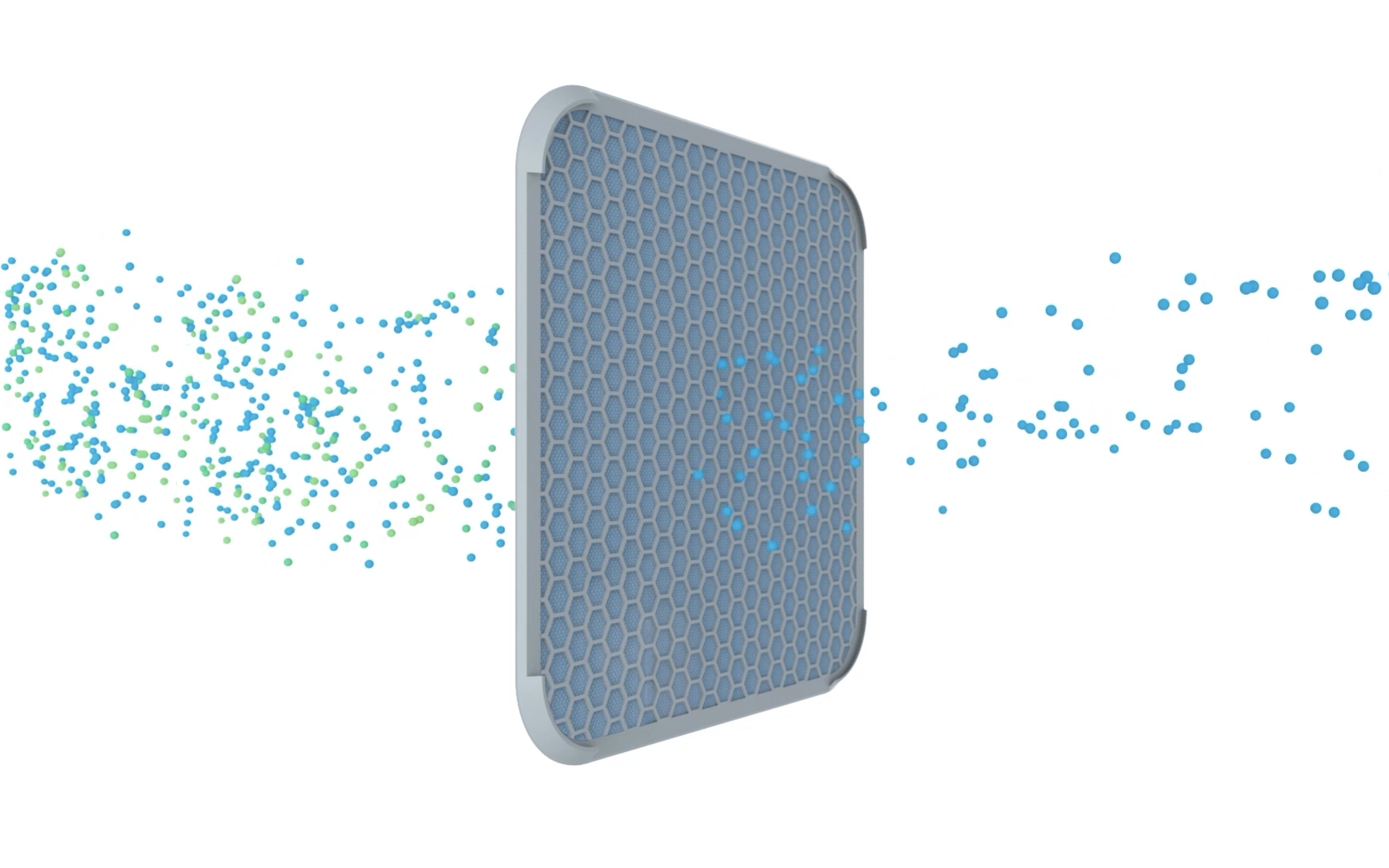 A new breath to air cleansing

Sometimes, apparently simple solutions find it hard to compete against flashy electronic devices, especially since the current situation has added to the confusion, and suspicion, on the part of consumers. One of Studio Volpi’s first objectives was to enhance Heflomi’s credibility through scientific evidence, whilst differentiating it from fan-based solutions. On the design front, the Studio concentrated on giving it a smooth and natural looking shape that would blend seamlessly into any interior.

The science behind the implacable effectiveness of Heflomi is disarmingly simple, and tends to challenge our common conception of the behaviour of air inside a room. Also, the way tiny particles tend to interact with their environment can be somehow uncanny.

We all know from watching weather forecasts that cold air masses tend to move towards warmer areas. Likewise, air temperature in a room is never perfectly homogeneous, think of radiators and air conditioning units. So air in a room will never be perfectly still. It tends to move around, though its flow is hardy perceivable. Typically, in an average size room, it will completely move around in about 4 hours. There really is no need to force-move it, it is already moving by itself! Hence the absence of an external source of power for Heflomi.

Ok, air in a room is moving, but how does the filter destroy pollutants since the air is not moving “through” it? The answer is that it doesn’t really need to move “through” it, but only “near” it, thanks to a scientific phenomenon known as adsorption, with a “d”. 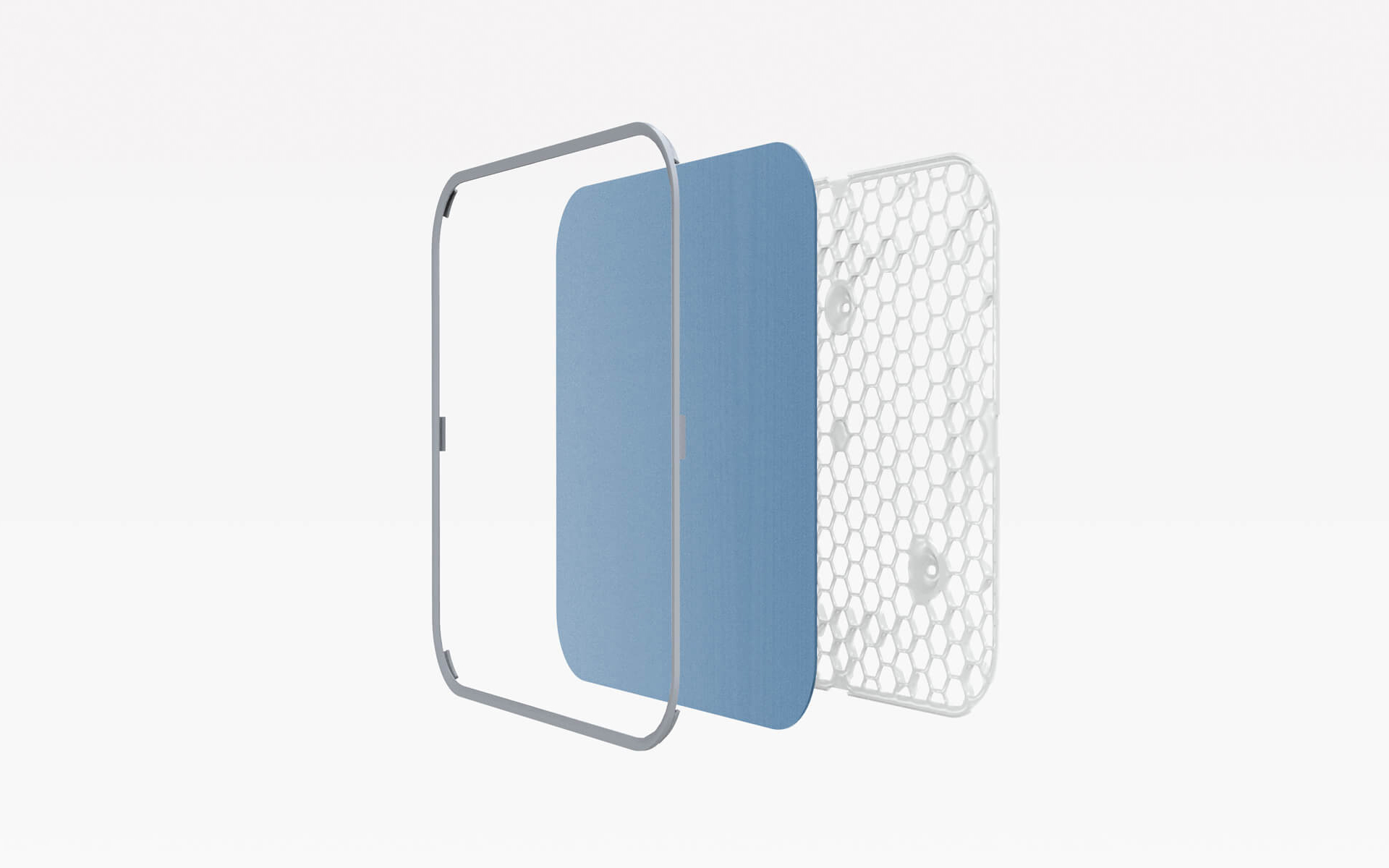 Adsorption and the fly paper effect

Scientifically, adsorption is the adhesion of atoms, ions or molecules from a gas, liquid or dissolved solid, to a surface. A kind of molecular fly paper effect. Missaglia developed a special fabric that traps and disgregate the polluting agents as air is flowing along its surface, purifying it.

1 square meter of fabric can purify the air in a 30 square metres room, in about 4 hours, and that for a period going from 12 to 18 months.

The fabric, called The Breath®, is capable to act on substances such as formaldehyde, allergens, bacteria and viruses. It also absorbs and eliminate odours from food and cleaning agents. 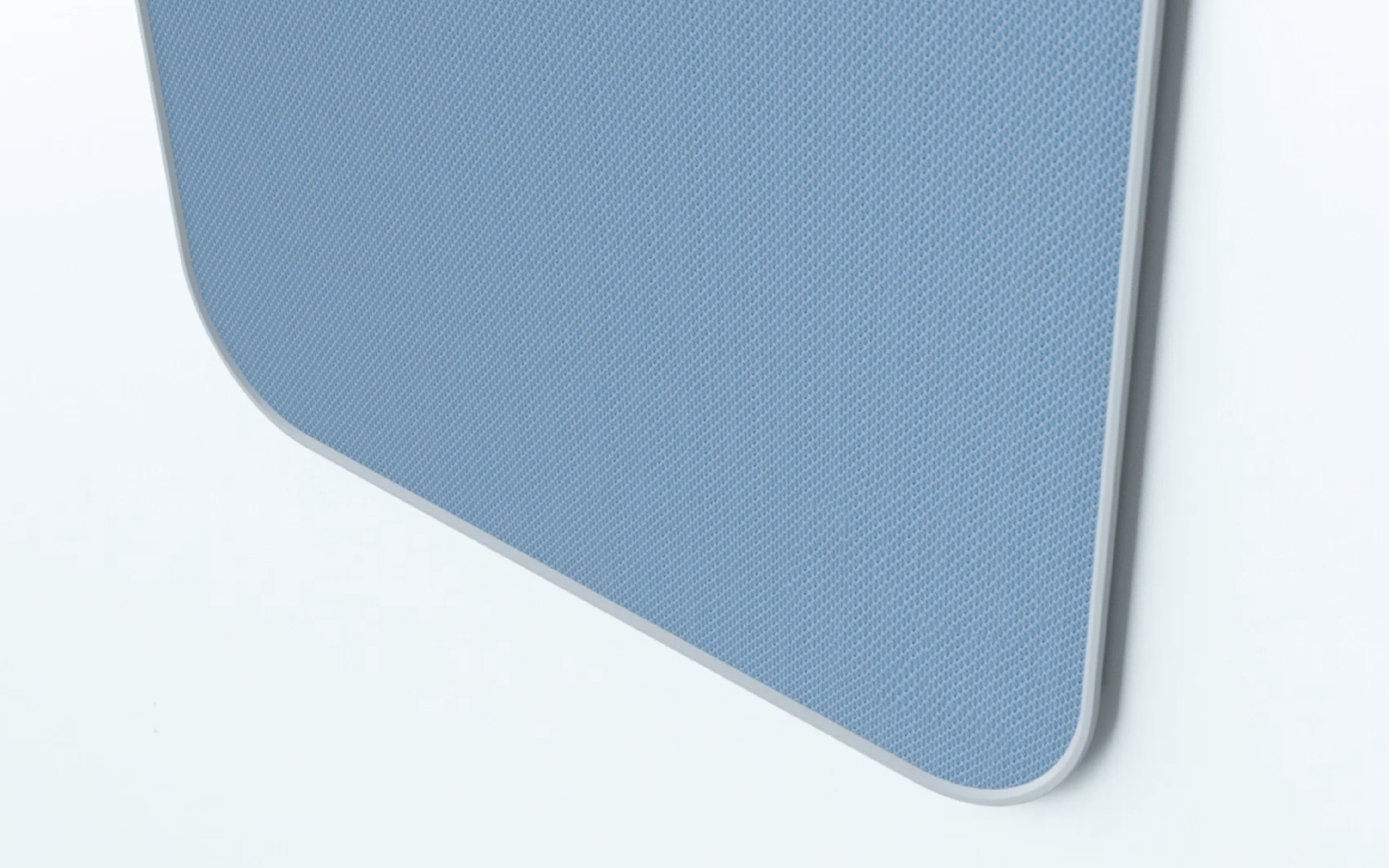 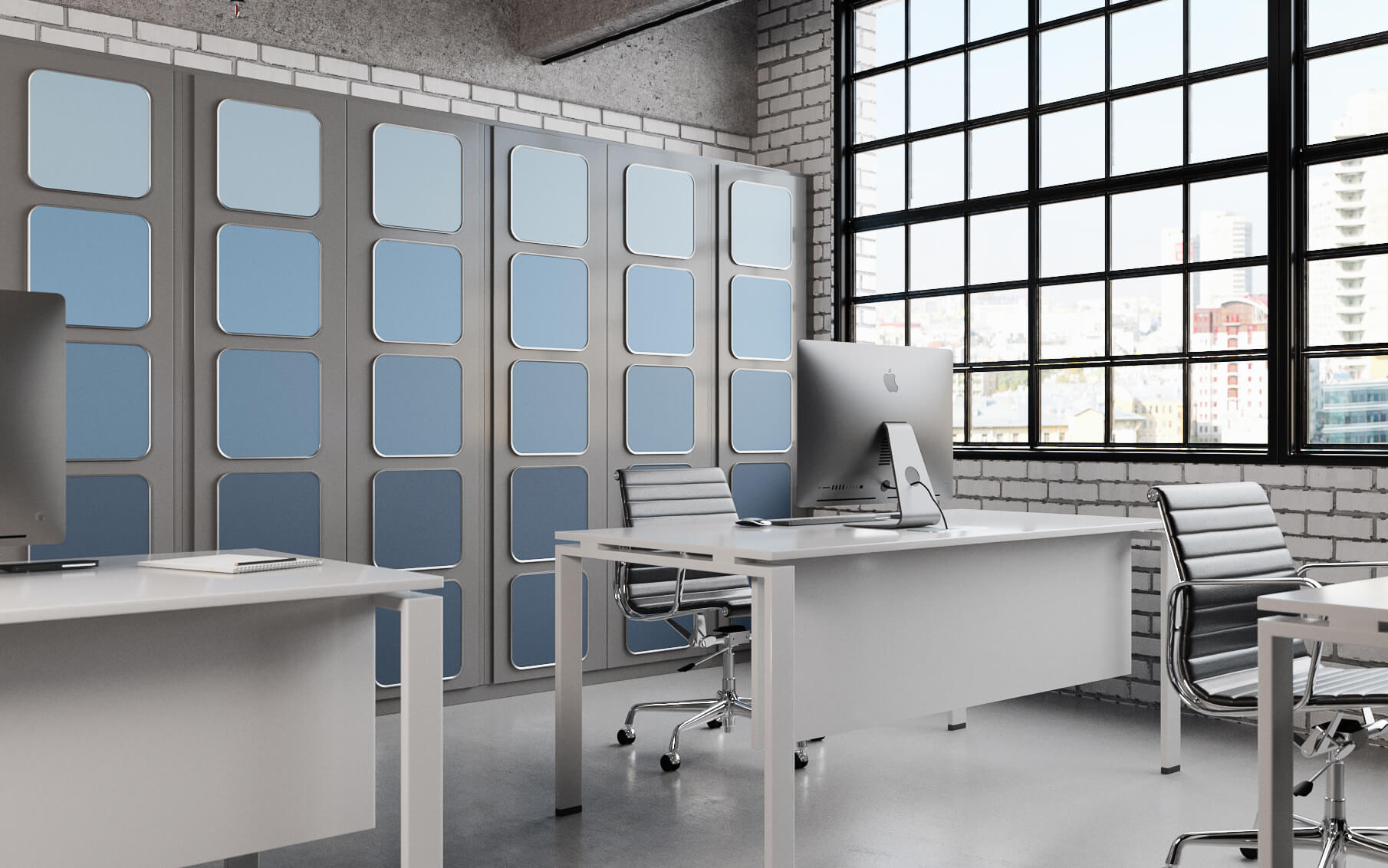 The most effective way to insert the passive filter into a domestic or professional environment was in the form of furniture, in particular as decorative panels to be hung on walls. In the design phase, Studio Volpi paid particular attention to aesthetics, giving the panels a rounded shape that would elegantly blend into any layout. The pastel colours contribute to the seamless integration in the decors.

Future applications will focus on wardrobes, beds and other elements of furniture.

A growing trend in the past few years, Air Quality is becoming increasingly relevant as it represents an important aspect of health protection. Legislators, especially in the EU, are also starting to recognise its importance. We developed a set of communication tools, which included a logo, a catalog and a video to explain the relevance of a product such as Heflomi in that context.  The accent was put on presenting solid scientific evidence and simple explanations of how the product works, presenting the different size and colour combinations available.