Lange is a brand created by Robert Lange in 1948, the first visionary man who invented the manufacture of ski boots in plastic, reinforced with polyester resin. With the first international ski races of the 70s, Lange became in a very short time the reference brand of its field, both for athletes and amateurs. 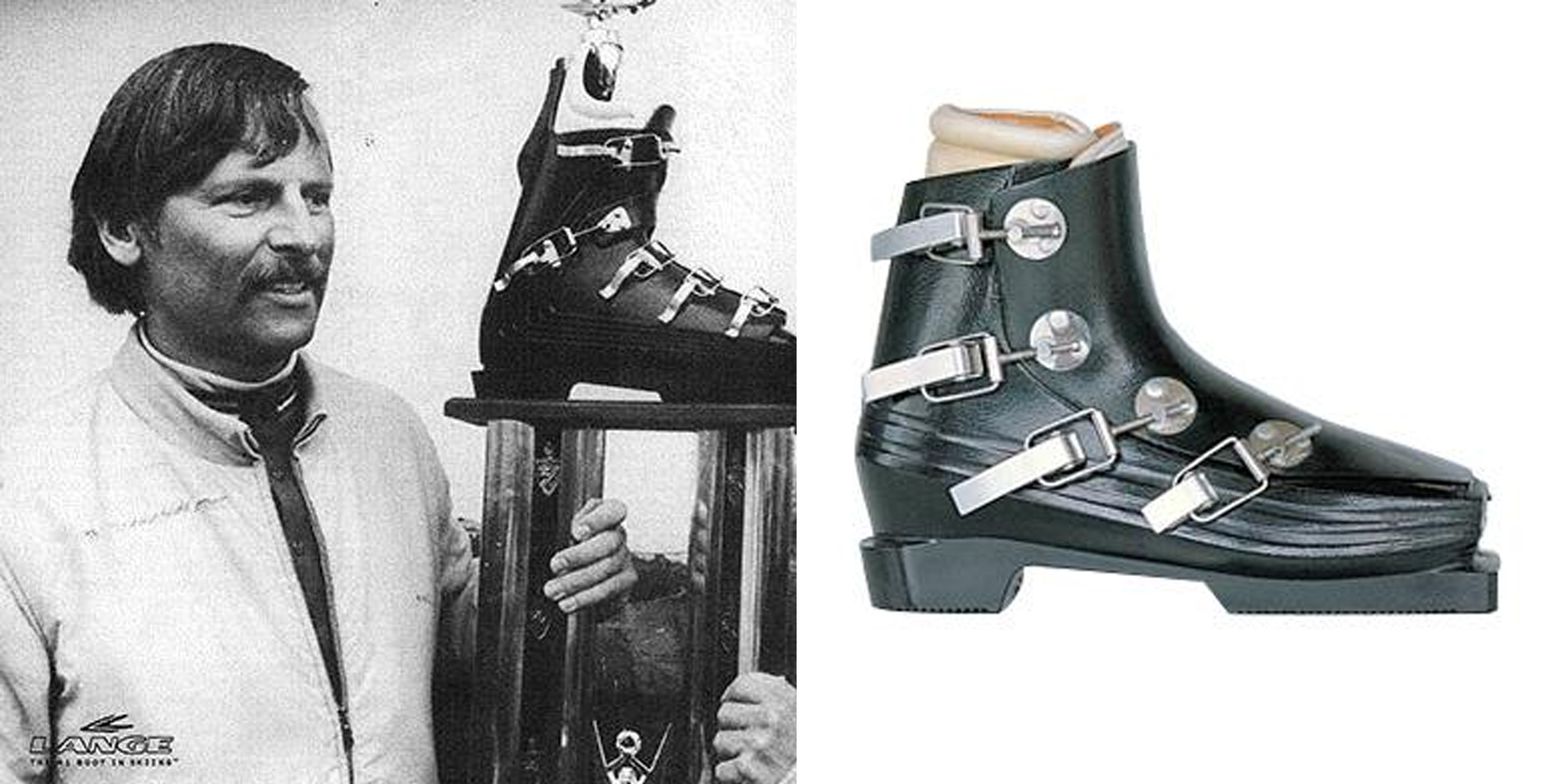 The aim of LANGE, leading brand of the ski sector, has always been to manufacture highly recognizable ski boots that bring new technologies on the slopes. Performance and comfort have always been considered as key factors for the sector but Lange did put the human experience in the center of their attention as well. So the research and development team in LANGE investigated new technologies and some years ago they introduced a completely new blow molding innovation. 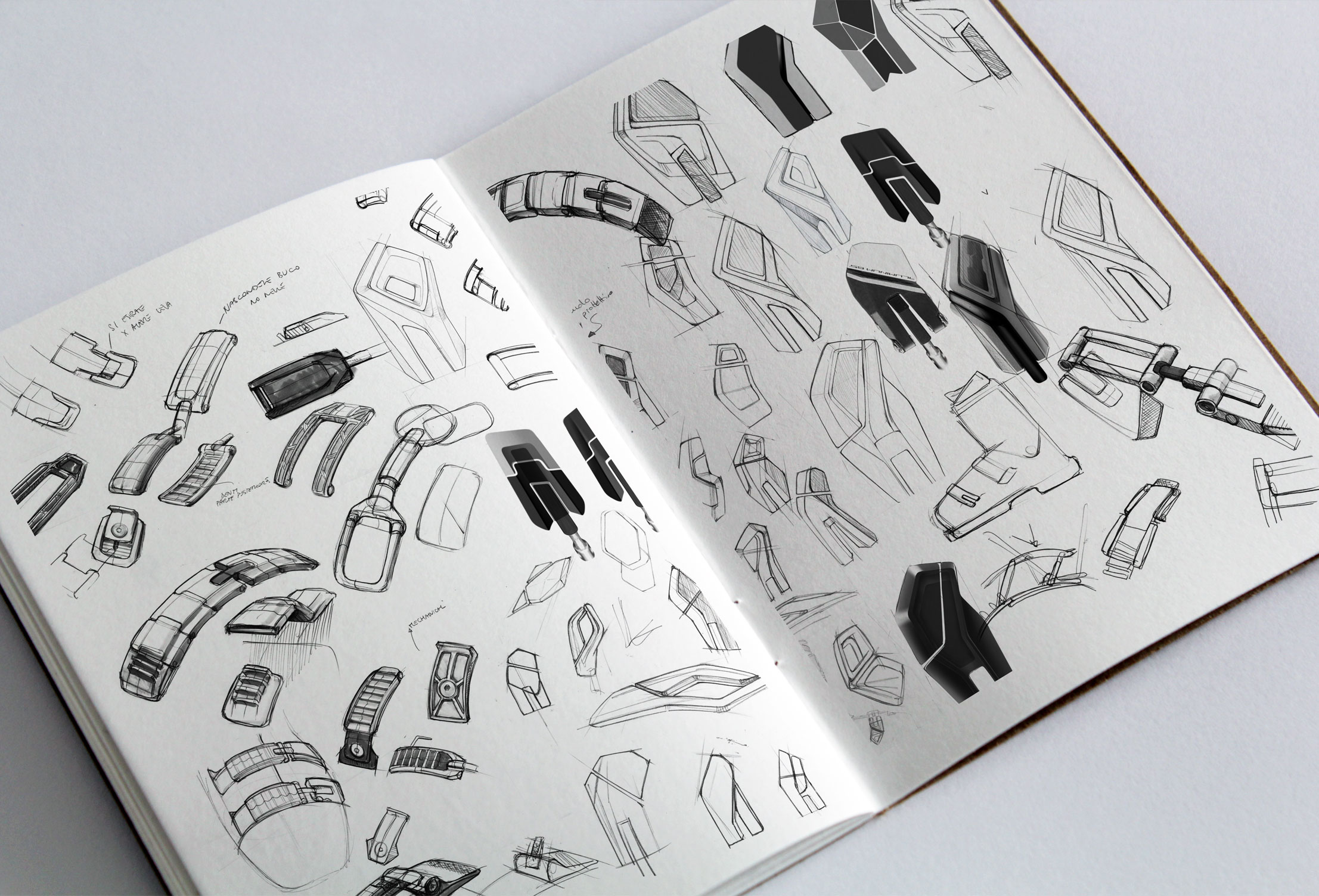 Thanks to the simultaneous injection of 2 different types of plastics in 5 different entry points, a sandwiched layer was created on the entire boot shell. So we called this patented technology DUAL CORE because it made it possible to have complete control of where the rigid areas and soft areas should be. This allows to have a lighter boot on the ski tracks with incredible performances and comfort when riding on the snow. Actually the real job was to communicate that technology thanks to design of the boot and applied graphics. So we all know the human body is very fluid and dynamic so we needed to shape the boots as if they were the continuity of that human body. 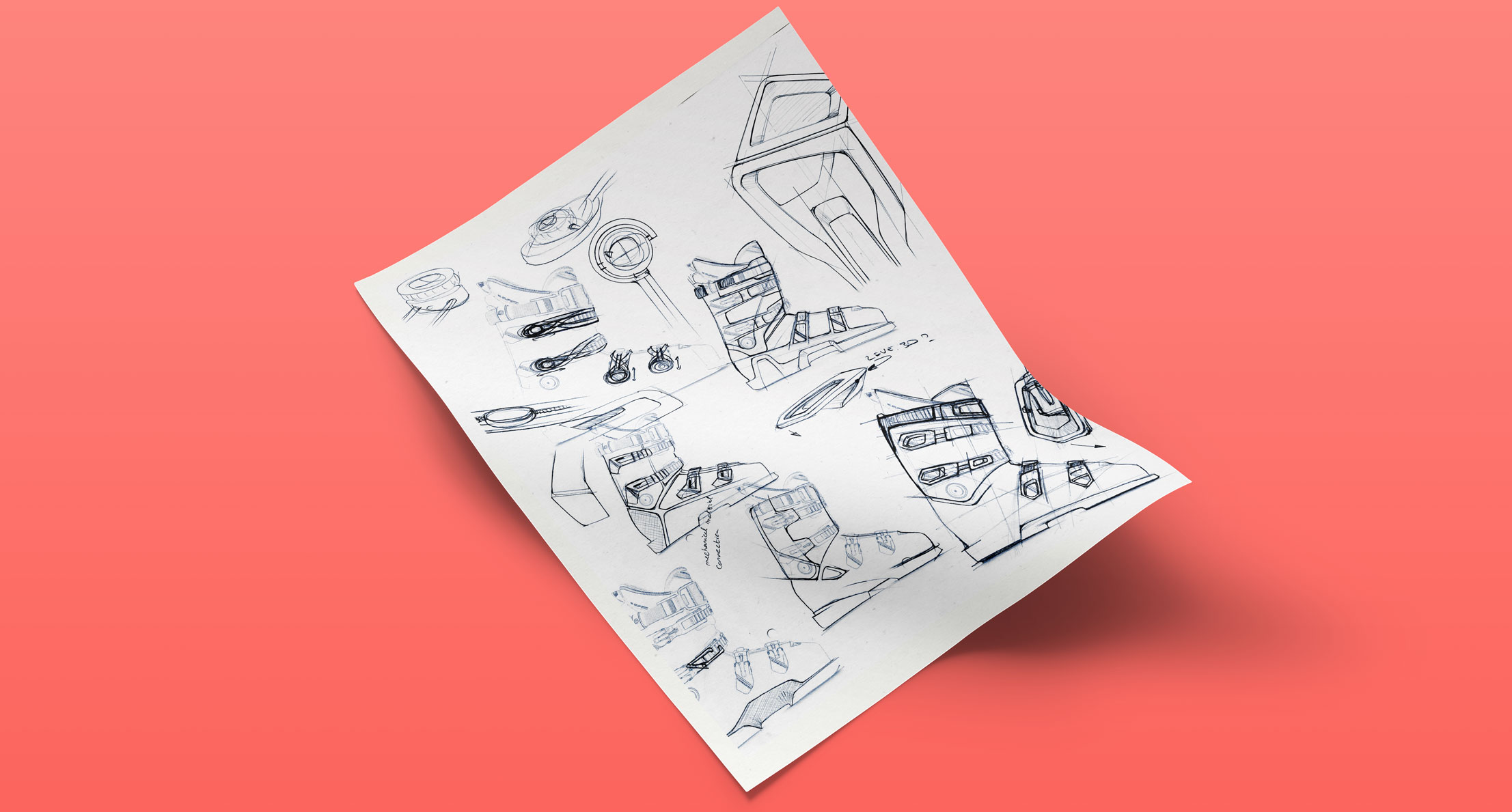 Which was the request of the company? The company needed a total restyling of the racing ski boot - RS, RX and SX series. From the internal liner to the high-performance levers, including the shape of the outer shell and the booster strap design, everything was improved in its style and aesthetics. The main goal was to communicate a clearer and clearer message to the market: Lange manufactures comfortable and performing shoes, which are the prolonging of human legs. We worked on the levers, the liners, the booster, the sole design and all the other components, in order to align the design of the boot to that revolutionary technology. We tried to keep the original simplicity of the boots but introduced strong design concepts of total morphology and perfect fit. 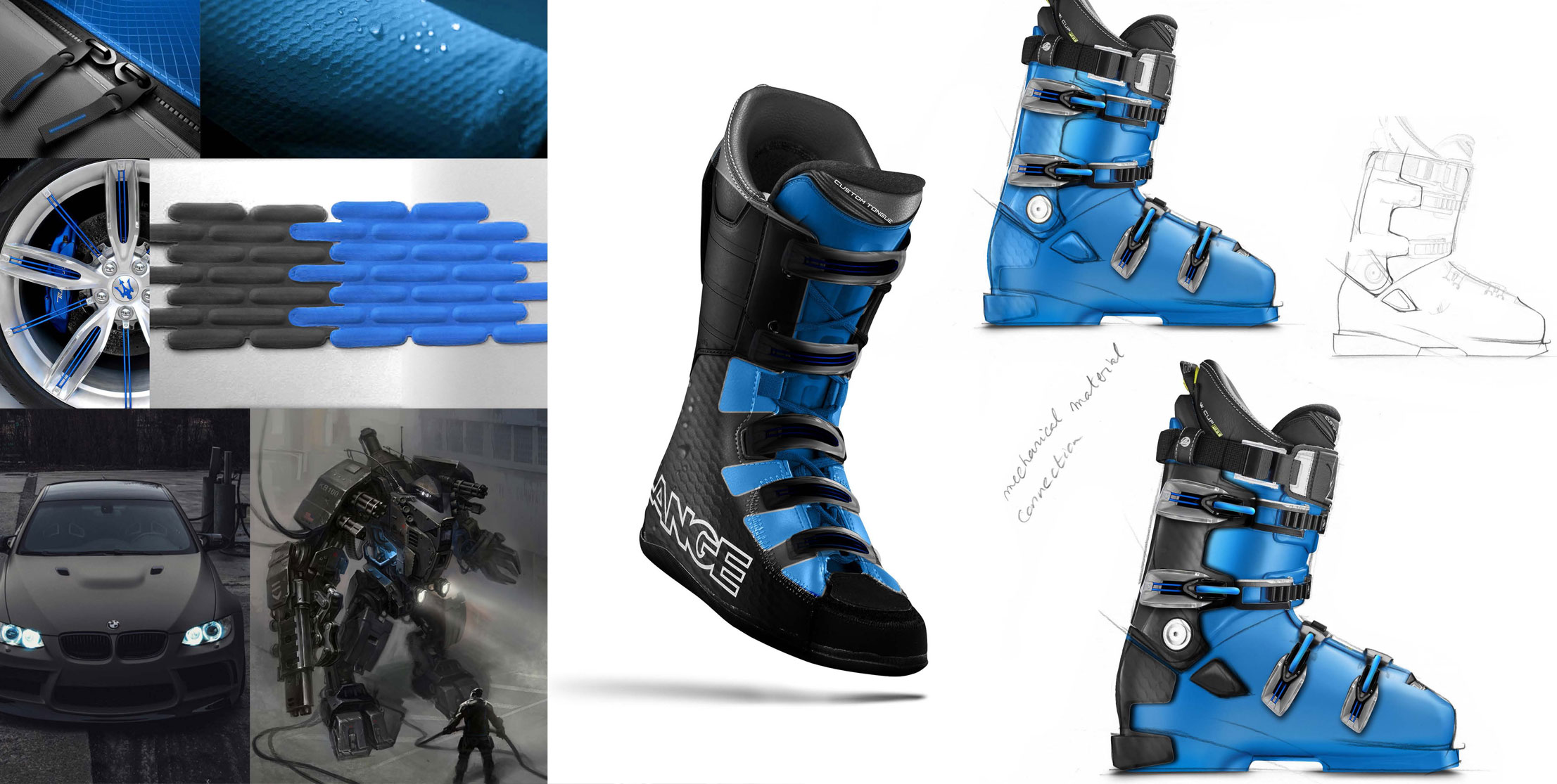 Lange decided that the top-range models would also have in dotation an integrated, easy-opening system. Thanks to the slightly curved stuffing, near the instep, this new tongue guarantees an optimal adaptation to the foot morphology, in an area where often the ski boot tends to block the blood circulation and the pressure point are quite common. 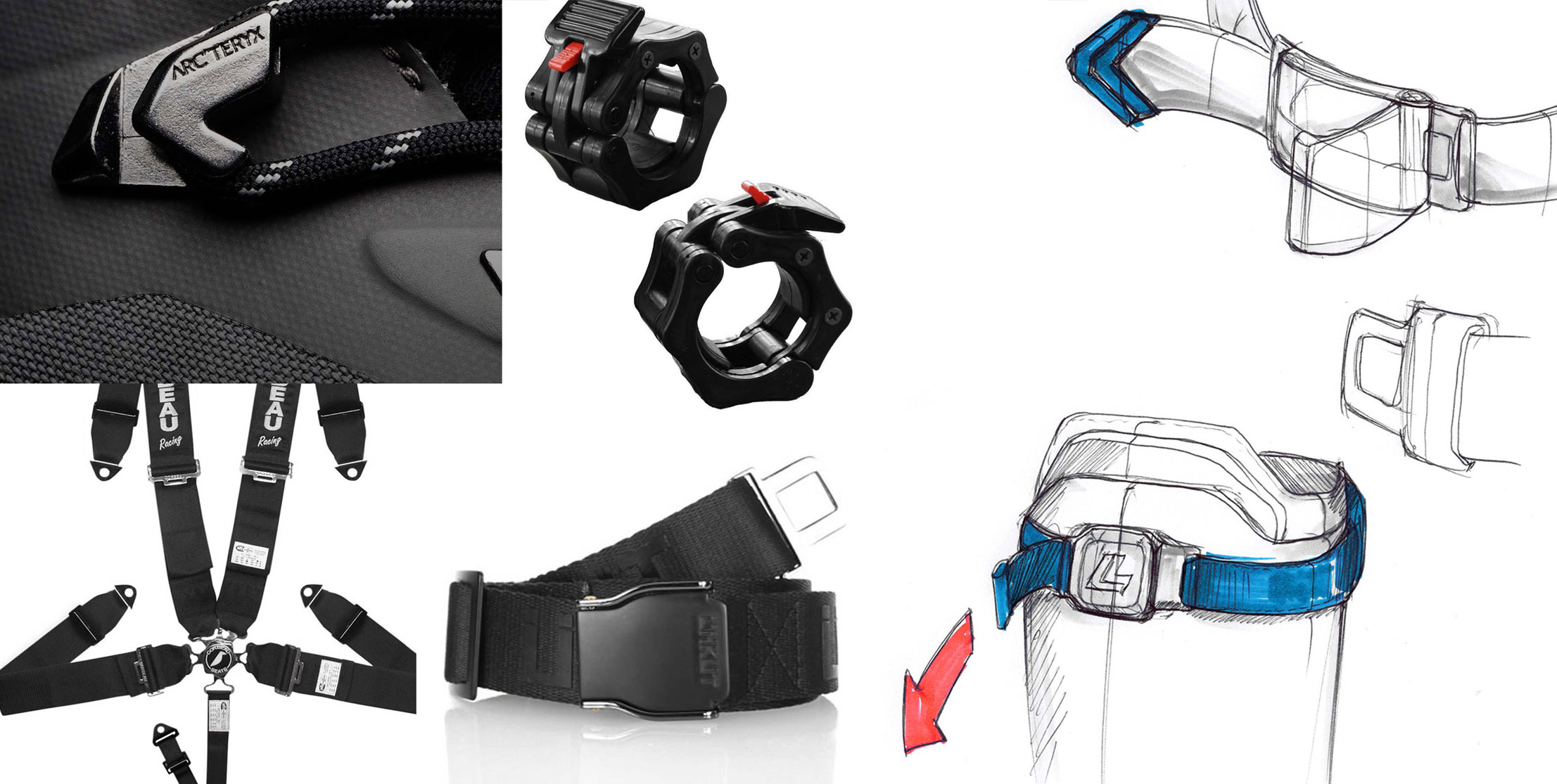 Overall, I think we managed to align the design to the technology and together with the R&D team of Lange, we matched all the benefits: more comfort, more control, and more speed. Where did you start from? Entering the world of racing ski boots needs a multiple-levels formation. From the technical point of view, we had to figure out any secret of the functioning success of each part of the shoe, talk to the boot fitters and stay in Montebelluna branch with the technicians who assembly the shoes. Meeting the athletes was fundamental to understand all their needs, linked to the improvement of the product. 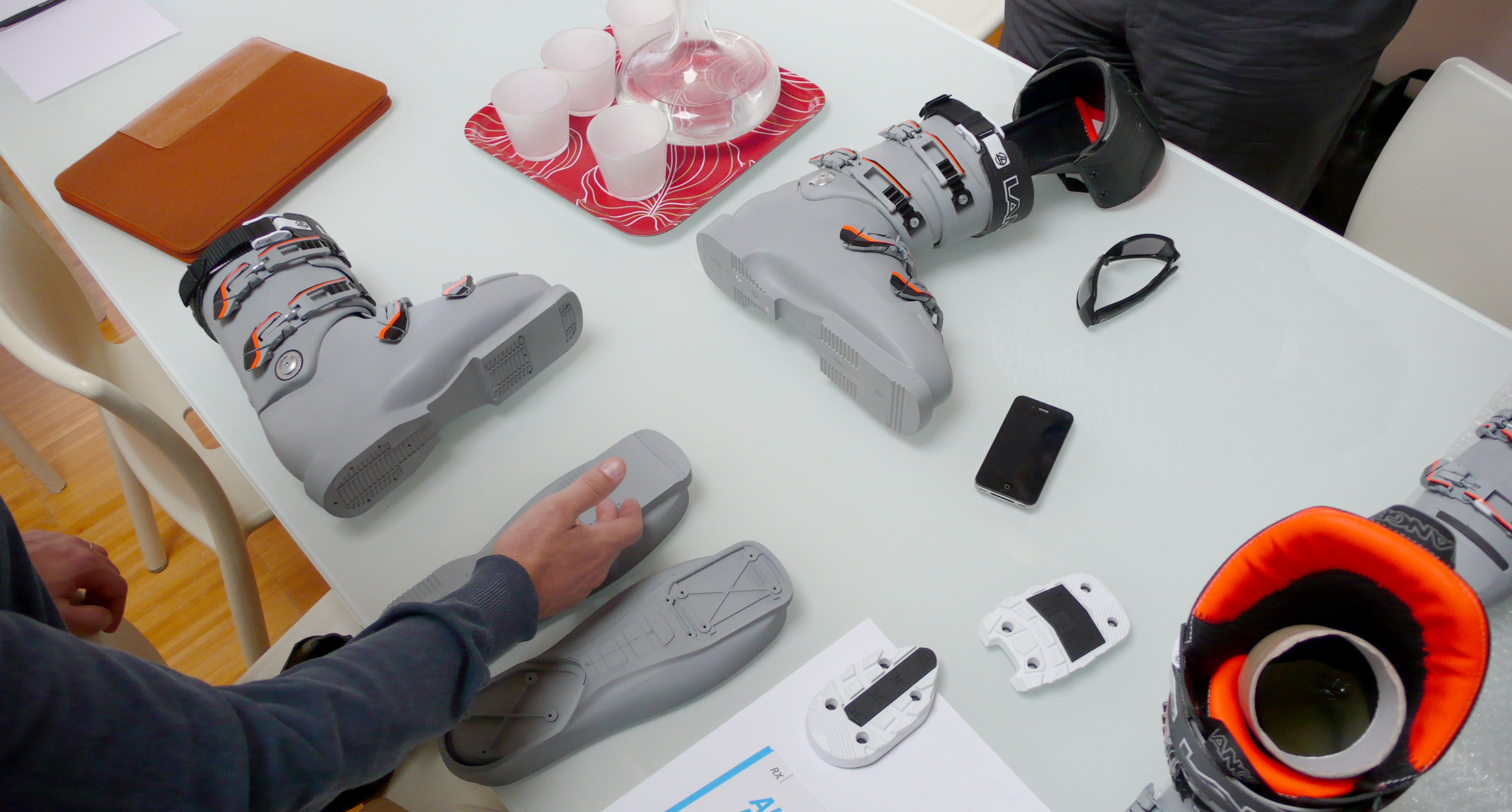 It was then our job to take part to the sector trade fairs - ISPO and FSB - but also to different ones, such as the international automobile salon in Geneva, IFA Berlin or CES Las Vegas, which helped us facing this project with a fresh and innovative perspective. Once being educated on the ski sector, we had anything else to do but creating strong concepts in design and performance. Which kind of stylistic and functional limitation did you have to face? Tell us why you made the choices that in the end brought you to this final design. The main limit was the product industrialization itself. It was fundamental to see how ski boots were produced, to understand how far we could go. The molds construction and their assembly forced the design of the outer shell to be a bit more volumetric than the original one. The real turning point was limited to the applied graphic and the contrasting colors, we could use. Lange was ready to change the blue/light blue coloring of the shell, but our biggest suggestion was to keep it, strengthening and adding value to their brand identity. The real job was giving more fluidity to the boot without revolutionizing its general function. 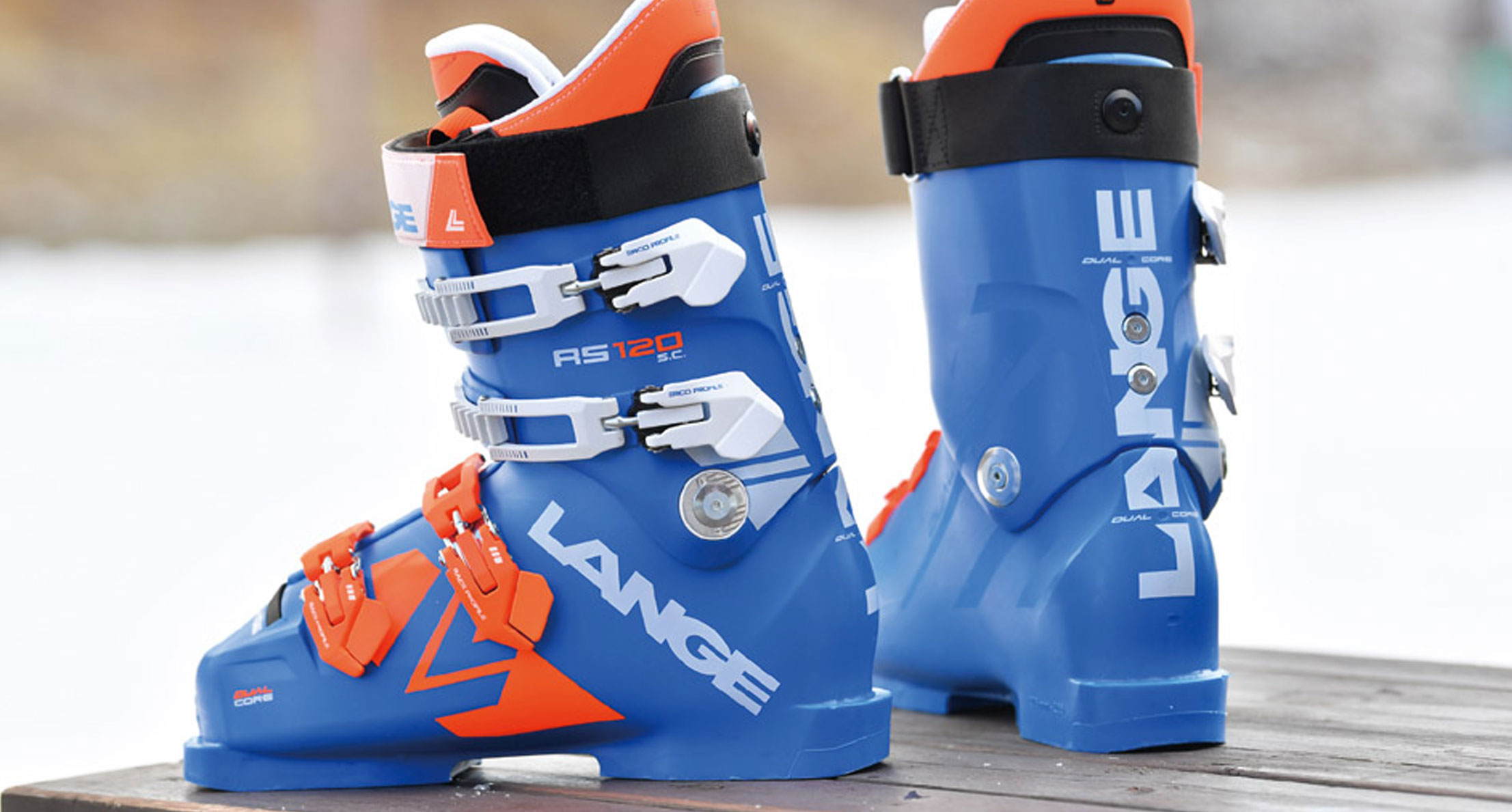 Which is the innovative aspect of this product? It's quite rare that a product can be significantly renovated, also on the technological level, but this is not the case. Lange was developing an extremely innovative plastic molding technology which could bring the athletes lots of tangible improvements. We decided to exploit it and try to communicate its benefits with many aesthetic and mechanic tricks. The real difference between the product we will see on the market and its competition will be perceived thanks to our intervention and the strength of the brand. VIEW COMPLETE PROJECT HERE